Get fresh music recommendations delivered to your inbox every Friday.
We've updated our Terms of Use. You can review the changes here.

Stories From An Island

by SAD MAN and Francis Lowe 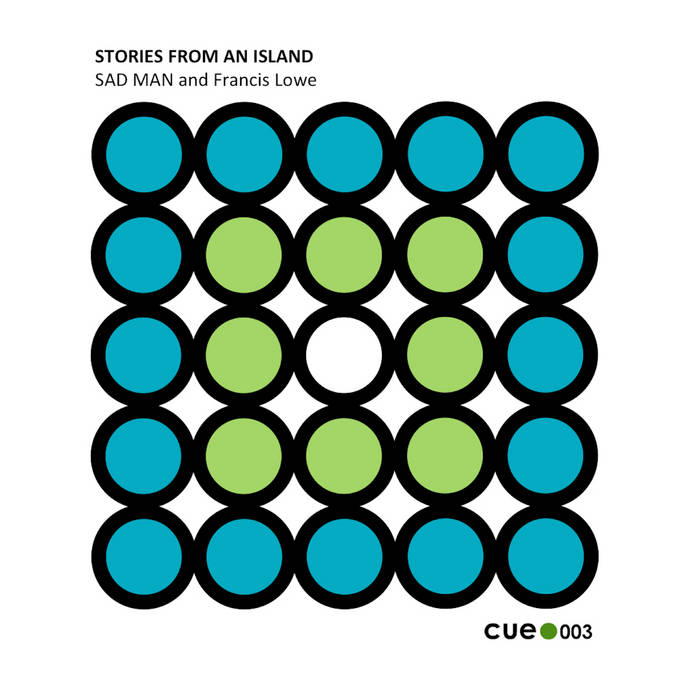 Spun Out Of Control

We're honoured to share this third installation in our "Cue Dot Series".

SAD MAN and Francis Lowe have collaborated to create and record six stories, each one unique, but each one revealing layers of a mysterious place where magic, the supernatural and tales of the unexpected intertwine across time.

"It’s cinematic in scope, brilliantly written and composed, and it definitely leaves it mark on the listener. Part homage to folklore, the occult and the traditions of magical storytelling, part exploration of the human psyche; ultimately it is something quite unique. Bigger than the sum of its murky and mysterious parts, Stories From An Island is an endlessly fascinating album" - Bobby D Gant, Iniquitous Glory

"Press play and begin to absorb yourself in Stories From An Island. Close your eyes, listen carefully and allow yourself to be transported." - Gordon Rutherford, Louder Than War

"The third chapter in the Cue Dot series is a truly escapist and immersive experience of well-crafted, descriptive sonics and winding, brilliant literature" - Monolith Cocktail

SAD MAN is the music producer Andrew Spackman. His music has been regularly featured on national radio including, BBC Radio 3 - Late Junction and BBC 6 Music - Stuart Maconie Freak Zone. He has collaborated previously with Mark Springer from Rip Rig and Panic and has created remixes for Dorcha, Steeling Sheep, Vula Veil and the High Llamas. In 2019 he was commissioned by BBC Radio 3 DJ Nick Luscombe to produce a 15 minute musical piece for a large scale light installation that took place on NYE at Coventry Cathedral.

Francis Lowe is a writer, actor and animator. His career has taken him from working in TV and movies for Turner Entertainment and Boss Films in Los Angeles, to delivering talks around the world on storytelling and drawing. Alongside this he has continued further work in animation and as an actor, such as his most recent performance for the stage production “30 Odd Feet Below Belgium”.

A recorded work by SAD MAN and Francis Lowe

All music written and recorded by Andrew Spackman (SAD MAN)

All stories written and performed by Francis Lowe

Bandcamp Daily  your guide to the world of Bandcamp

Kyle McNeill joins the show to talk about his new project, Phantom Spell